“Hearing how ‘Look What You’ve Done’ has ministered to the hearts of listeners has been overwhelming,” Layton shares. “Although the song reflects my testimony, it has resonated as a testimony for so many others as well. For those who have experienced the transforming love of God, it is easy to point out where He has rescued, saved, healed and delivered. It’s an anthem of praise for what God has done and an encouraging proclamation of what He will continue to do. And it is because He proves Himself time and time again that we can trust Him with our hearts and lives. ‘All I can say is, hallelujah! Look what You’ve done!’” 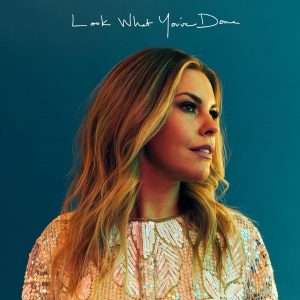 One of Billboard’s Top 5 female Christian artists of 2020, Layton’s latest release—the three-song Look What You’ve Done EP—bowed last month. Along with the hit title-cut, the project also features “I Got You,” a carefree, windows-down pop anthem, as well as “Brave Heart (Dear Daughter),” a soaring ballad affirming God’s lovingkindness to his children in the face of adversity.

Layton’s breakthrough single, “Into The Sea (It’s Gonna Be Ok),” was among the biggest hits at Christian radio in 2020. Landing in the Top 10 on both Billboard’s Christian AC Monitored and Christian Airplay charts, “Into The Sea” also appeared on multiple year-end charts and earned more than 10 million streams in 2020 alone.

South Carolina native Tasha Layton launched her music career in Los Angeles, quickly becoming an in-demand session singer. She appeared on Season 9 of American Idol and spent four years as a back-up vocalist for pop superstar Katy Perry. Layton’s voice has also been heard in productions for Disneyland and Cirque du Soleil, as well as Nickelodeon television, and she has served as an instructor at the National Praise and Worship Institute at Nashville’s Trevecca Nazarene University.

Caroline Cobb To Release ‘A King & His Kindness’ LP…